Ramona Holmes is one of three daughters of Charles Holmes, Machinist Mate 2c., editor and cartoonist for the 1945 Four Pipe Piper. She is Professor Emerita of Music from Seattle Pacific University and holds a Doctor of Musical Arts (DMA) from University of Washington. She has written primarily in ethnomusicology and music education. Her book Songs of Resilience: Estonian Choirs and Song Festivals in World War II Displaced Person Camps is published by Routledge Press. She is retired and now has time to work through some projects based on her father’s World War II memorabilia. She now happily shares the newspapers from the USS John D Ford (DD 228) in a book telling the stories behind the newspapers. 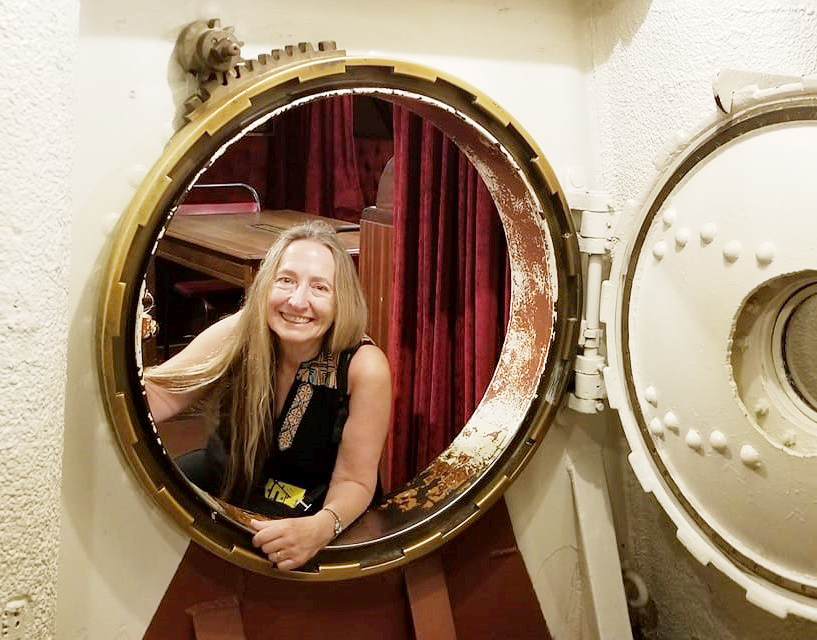