Howard Kulin was born in Worcester, Massachusetts (U.S.A.) on May 2, 1937. He left the city to attend Exeter Academy, Harvard College and Cornell Medical School but returned to Massachusetts for training in pediatrics at Children’s Hospital Medical Center in Boston. Further education in endocrinology and pediatric endocrinology was obtained at the National Institutes of Health (NIH), Bethesda, Maryland, and the University of California, San Francisco Medical Center. He returned to the NIH as a senior staff scientist and in 1972 moved to Hershey, Pennsylvania as Associate Professor of Pediatrics at the Pennsylvania State University College of Medicine. Three sabbatical study leaves allowed travel to the University of Nairobi, the Population Council in New York City, and University Hospital, Copenhagen. He became Professor Emeritus in 1998.

Kulin married Hanne Høirup, whom he met in Denmark in 1963. They have three sons—Ian Thomas, Kim Eric and Jacob Morten. The family continues to keep close contact with Denmark. 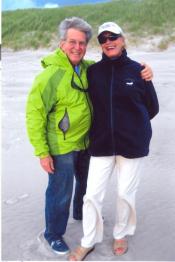