Michael “M-60” Kelley (1946-2011) served as a rifleman and machine gunner with D Company, 1st/502d Infantry, 101st Airborne Division from Nov ’69 until badly wounded Sep ’70. Drafted immediately upon graduation from Sacramento State College (BA, Art), Mike has since established himself as one of the better-known artists whose focus has been the Vietnam experience. His works hang in numerous museums and private collections around the world, including the National Vietnam Veterans Art Museum in Chicago. Between 1984-91, Mike was one of two associate members of the California Vietnam Veterans Memorial Commission whose $2.5 million memorial now sits in Sacramento’s Capitol Park. A focus of his art and writing has been to dispel the myths surrounding the Vietnam veteran. During the past decade, his drawings have taken a back seat to writing, and his articles have appeared in the Washington Post, Boston Globe, Chicago Sun Times and Vietnam Magazine, among others. His military awards include the Combat Infantryman Badge, Bronze Star, Purple Heart, Air Medal, and ARCOM. Michael passed away on Christmas Eve 2011. 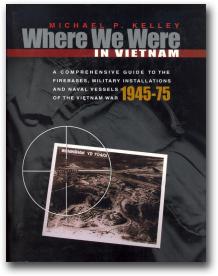