Steven F. Underwood is a native North Carolinian. He graduated from West Mecklenburg High School, and then attended UNC-Greensboro. Over the span of several years, he earned his B.A., M.A., and Doctorate degrees from his alma mater. He also served as Student Government Association President, and was the student graduation speaker in 1973.

Underwood taught for over thirty years in Lee County, NC, schools. During that time, “Doc”—as he was called—was a respected faculty member, a department chair in Social Studies, a county Teacher of the Year, and twice chosen by the students to give commencement addresses at graduation.
His interest in the 30th Division began by accident:

“I thought my grandfather served in the 30th in World War I. I was wrong. However, my research led to finding a book by Robert Hewitt about the 30th Division in World War II. It is titled Workhorse of the Western Front. I was fascinated and amazed by its exploits, and found other books (see selected bibliography) that confirmed the Division deserved its accolades as the ‘Best Division on the European Front.’ I also picked up on how well the Division assimilated new soldiers. That led me to write a novel about one young soldier’s experiences from July 1944 to May 1945.”

Doctor Underwood has also written three other books, two middle-grade novels and a comic detective story. He is a member of the North Carolina Writer’s Network, the Charlotte Writer’s Club, and serves on the Creative Writing Advisory Board of Central Carolina Community College.

He resides in Sanford, NC, with his wife. He has two sons who live nearby, and three Plott Hounds (North Carolina’s state dog) that have assimilated well enough to guard the residence against any aggressor, particularly possums, raccoons, and copperhead snakes. 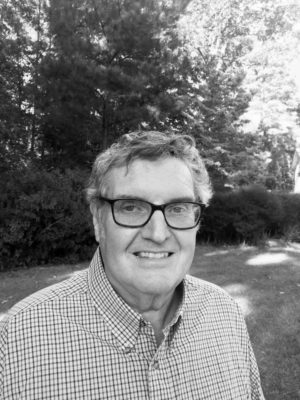