Raised on a humble ranch in South Dakota, I went on to earn my first flight pay serving three years in the U. S. Army. From that experience, I utilized the much-needed G. I. Bill to help finance an education. Attending first, Spartan School of Aeronautics in Tulsa, Oklahoma, I earned an Associate’s Degree and aircraft airframe and powerplant mechanics licenses. Next, I attended the prestigious university, Embry-Riddle Aeronautical University. There, I earned two Bachelor’s Degrees. One in Aeronautical Science – Flight Technology and the other in Aeronautical Studies – Aviation Maintenance Technology. Also, while attending Embry Riddle’s flight training program, I earned the following FAA pilot’s licenses: Commercial Pilot – airplane single and multi-engine, Instrument Pilot, Certified Flight Instructor airplane single-engine, multi-engine, and instrument. Following college, I worked for an oil rig manufacturing company in Houston, Texas. I flew as a copilot mechanic on Beechcraft King Air 200s and Hawker Siddeley HS-125s. In the company King Air 200, I was able to earn my Multi-engine Airline Transport Pilot’s License. Later, I worked as an FAA-approved designated pilot examiner and instructor pilot for a company flying King Air 200s, Lear Jet 35s, Falcon 10, and Falcon 20 aircraft out of Burbank, California. In May of 1985, I was hired as the youngest ever DC-9 First Officer for the original Republic Airlines. In 1986 Republic Airlines merged with Northwest Airlines, where I continued to fly for 22 years. In 2008, Northwest and Delta Airlines merged, making it the then-largest airline globally. I have accumulated over 22,000 flight hours. While working for the airlines, I earned both a Commercial Glider Pilot’s License and Glider Instructor Pilot’s License. I am a Gold Card (Retired Captain) member of the Air Line Pilots Association, ALPA Union. I am a member of the New Mexico and Arizona Pilots Association. I currently serve as President of our local Grant County Pilots Association. I have owned three aircraft, a Stemme S10-VT motor glider, a Phoenix motor glider, and a Rans S21 bush-plane. I currently own a small drone photography business called Roth Drone Services. At 66 years old, I am healthy and interested in traveling for book signing or lectures. 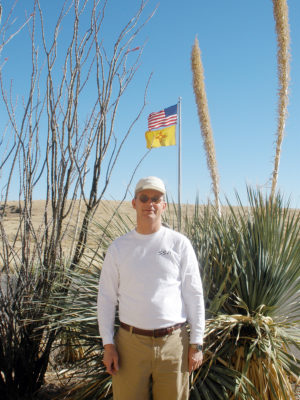