Michael Archer was born and raised in Oakland, California and served for a year in South Vietnam as a U.S. Marine, which included the 77-day siege of Khe Sanh in 1968. His books include A Patch of Ground: Khe Sanh Remembered, which VIETNAM magazine called, “The best first-hand account of the battle” and The Long Goodbye: Khe Sanh Revisited, chronicling the author’s search for answers to a friend’s mysterious death at Khe Sanh. The Long Goodbye won FOREWORD Reviews INDIES Book of the Year Award for 2016, chosen from among hundreds of submissions by independent publishers and university presses across the country.

Michael is frequently invited to speak about his work at colleges, universities and organizations across the country. He lives in Reno, Nevada. 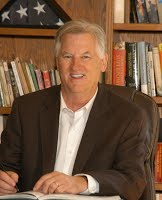