Kevin McDonald grew up in northern California, where he played baseball, canoed down the Russian River and read every book he could find about World War II. He became intrigued by the danger and sacrifice that constantly confronted the men on the front lines. After graduating from Carleton College in Minnesota with a degree in Asian studies, Kevin lived in Japan for several years. Upon returning home to California, Kevin began teaching 5th grade and he wondered if he could tell the stories of real heroes–the Soldiers, Sailors, Marines and Airmen of the U.S. Armed Forces. World War II was a natural place to start and so Kevin chose to write about the Battle of Leyte Gulf, which was the last great fleet action in history. He currently lives in Novato, CA. 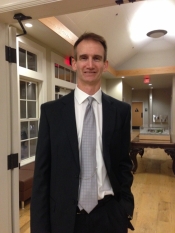