Suzanne Zobrist Kelly received a BS degree from Iowa State University, with teaching licenses in both secondary and elementary education. As part of her graduate work at Purdue University, where she earned an MS degree in Early Childhood Education, she wrote and hosted a public television series, “Pathways of Childhood,” produced by the university’s telecommunications department. Suzanne went on to teach fifth and sixth grade for forty-two years, receiving several state and national awards, including the Catalyst Award and The Presidential Award for Excellence in Science Teaching. Reaching Beyond the Waves is her first adult, non-fiction book. Suzanne’s hobby is designing and sewing fashion doll apparel, which she donates to groups and organizations. She and her husband currently live in Ames, Iowa. 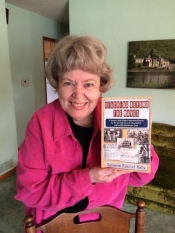