A native Minnesotan, Reuben D. Rieke developed an abiding interest in the state’s history and in his family’s involvement in the Sioux Uprising of 1862. Stories of hazardous flights to safety, bitter combat at Fort Ridgely, captivity at the hands of the Sioux, and daring escapes left an unquenchable thirst for knowledge about this fascinating period along America’s frontier. After graduating from high school at Fairfax, Reuben attended the University of Minnesota-Minneapolis, majoring in chemistry. He then went on for graduate studies at the University of Wisconsin-Madison, receiving a Doctor of Philosophy degree in organic chemistry. After a year of postdoctoral studies at the University of California-Los Angeles, he began his teaching career at the University of North Carolina-Chapel Hill where he became a full professor. He then returned to the Midwest, spending 27 years at the University of Nebraska-Lincoln, teaching organic chemistry and carrying out a major research program.

Known worldwide for his scientific contributions in the area of organometallic chemistry, Dr. Rieke has been honored in his home state by being placed on the University of Minnesota’s Wall of Honor. In 2001, he received the University’s Outstanding Achievement Award. He has published more than 220 peer reviewed scientific publications and has been awarded 25 patents. He is the author of the 2017 book Chemical Synthesis Using Highly Reactive Metals, published by John Wiley and Sons. In August, 2018 Dr. Rieke was awarded the Albert Nelson Marquis Lifetime Achievement Award. Reuben and his wife Loretta reside in Lincoln, Nebraska, where he continues to write about chemistry and the history of southern Minnesota. 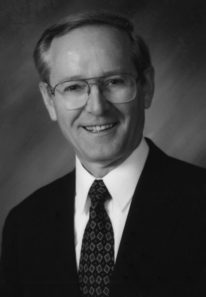 During a 36-year career in the military, Tom Phillips led an isolated unit through a terrorist episode, ran a think tank for the Commander-in-Chief Strategic Air Command, served as Director of the Air Force Personnel Readiness Center during Operation Desert Storm, and led some of the first American troops into Sarajevo, Bosnia-Herzegovina. He is believed to be the only Air Force officer to graduate at the top of his class from Officer Training School, Squadron Officer School, and Air Command and Staff College.

Following his military career, Phillips worked as a university administrator before beginning a full-time writing career. His most recent works include In the Shadows of Victory: America’s Forgotten Military Leaders, 1776–1876 and The Shadows of Victory II: America’s Forgotten Military Leaders, The Spanish-American War to World War II. He teaches courses on Americana and military history for the Osher Life Long Learning Institute at the University of Nebraska-Lincoln. Tom is a graduate of Air Command and Staff College and Air War College and has degrees from Colorado State University and the University of Colorado. He is a member of Phi Kappa Phi National Scholastic Honorary Society. He and his wife Nita live in Lincoln, Nebraska, where he writes about military history and baseball. 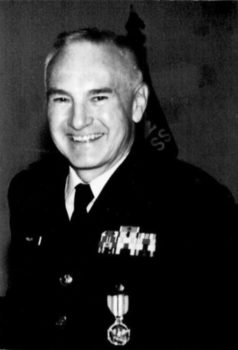