Born and raised in Los Angeles, where even at the age of ten, he had an interest in the U.S. Army, Mark Paloolian earned a bachelor’s degree in education from the University of Nevada, Reno, and a master’s degree in special education from Northern Arizona University, Flagstaff. After a two-year stint in the U.S. Army, including a year in Vietnam, he taught in the public schools for thirty-three years, retiring in 2003 from Jacks Valley Elementary School in Douglas County, Nevada, as the very popular “Mr. P.”

Recon by Fire is a story of Mr. Paloolian’s personal military experience from 1966 to 1968 during the Vietnam War, chronicling his recruitment, training and deployment to Vietnam as an infantry armored personnel carrier driver.

This is Mr. Paloolian’s second book. His first, Brutality: The Tragic Story of Stanley Ketchel, the Michigan Assassin, is a boxing history published in 2007 by Crew Publishing in Victoria, Canada. Mr. Paloolian has two grown children, Greg and Kelli, and six grandchildren. He currently resides in northern Nevada and continues to pursue additional writing ventures with a lifelong interest in history and sports. 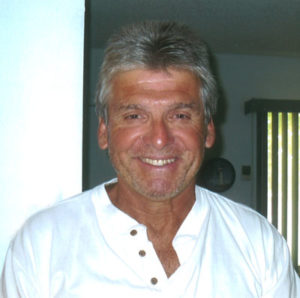