Stanley E. Morris was born in Hayward, California in 1942 and raised in northern California, graduating from San Jose State College in 1963. He received a Master’s degree from Columbia University in New York and for thirty years held senior level positions in the Federal government in Washington D.C. He directed operational planning at the then Department of Health, Education and Welfare and later served in the White House Office of Management and Budget, the U.S. Department of Justice, the White House Drug Office and the U.S. Department of the Treasury. Morris was Director of the U.S. Marshals Service under President Reagan, in charge of anti-money laundering policy and intelligence in the Clinton Administration and later was Chief of Staff at ICPO-Interpol headquarters in Lyon, France. He currently resides in Lyon and Pezzolo Valle Uzzone, Italy. 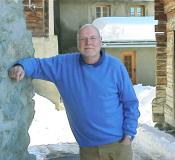