Ronald Wheatley was born in Los Angeles, California. He is a practicing attorney living in Scituate (by the sea), Massachusetts. After graduating from Gonzaga University in Spokane, Washington, Mr. Wheatley joined the Peace Corps and served as a Peace Corps volunteer in Nigeria, West Africa for two years in the mid 1960s. His first book, A Song of Africa, is based on his experience in Nigeria when the country became embroiled in a bloody civil war. He has traveled widely throughout West Africa. Following his return to the United States, he taught for one year at an inner city junior high school in Tacoma, Washington. In 1966 he made an existential decision and volunteered for the draft. In September 1966 he was drafted and did his basic training at Ft. Lewis, Washington, and then to signals school at Ft. Huachuca, Arizona. Mr. Wheatley served in Vietnam with the 1st Signal Brigade from 1967-68.

Ronald Wheatley is also the author of The Trial of Phillis Wheatley,  a docudrama produced at Bridgewater State University in Bridgewater, MA. Published in January 2014, it was selected as a Kirkus Reviews Best Book of 2015 and is now available on Amazon in book and Kindle formats. Mr. Wheatley is a member of the Massachusetts Society of the Sons of the American Revolution.

In addition, his 2011 self-published A Song of Africa, was recently named a #1 Bestseller on Amazon. 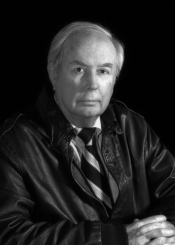