Bob Reed grew up as the eldest child of a strict but caring Naval aviator whose exacting standards made for a difficult childhood, adolescence, and early adulthood. A series of shocking revelations would- at age 42 – send Reed on a personal mission to find a man who seemed to have dropped off the face of the earth, a devil-may-care World War II hero named Chris Magee. Robert T. Reed earned a BA in Journalism from San Jose State University in California and served as a U.S. Navy journalist. Freelance credits include more than 100 published stories and lyrics for three recorded songs. He resides in Huntington Beach, California, and currently works as an editor for a national magazine. 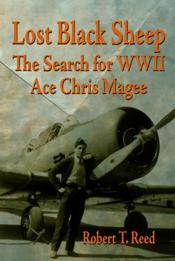