Robert Eynon Sampson was born in New York City in 1925. He graduated from high school in 1942 and was inducted into the Army Chemical Warfare Service. He completed Officer Candidate School in 1946, and was stationed in the American Occupation Zone in Germany. After the Army, he graduated from the University of Miami with degrees in Literature and History. Following a twenty-plus-year career in the Pittsburgh steel industry, he remained self employed until retiring in 1994. He now lives in Austin, TX. 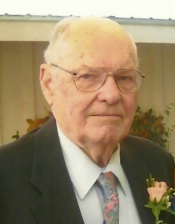