Jay Gruenfeld is a retired forestry executive and consultant who served as a rifle squad and platoon leader with the 43rd Infantry Division in the Pacific Theater in World War II. After the war, he studied in Oxford as a Fulbright Scholar and then became a forest resource expert specializing in the Pacific Rim. In 2002, he led the well-publicized campaign to have veterans visit and write the legendary combat cartoonist Bill Mauldin who lay dying in an Orange County nursing home. Jay has six children and lives in DuPont, Washington, where he enjoys big trees.

Todd DePastino is the award-winning author of Bill Mauldin: A Life Up Front (2008) and Citizen Hobo: How a Century of Homelessness Shaped America (2003). He is also editor of The Road by Jack London (2006), as well as Willie & Joe: The WWII Years (2008) and Willie & Joe: Back Home (2011). He is writing and co-producing the television documentary Bill Mauldin’s War. He has a Ph.D in American History from Yale University and teaches at Waynesburg University. Todd lives in Pittsburgh with his wife and two daughters. 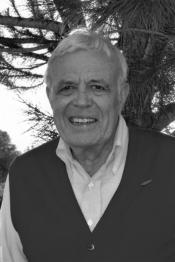