James Oliveri is a native Long Islander who graduated from Lawrence High School in New York with a Regents scholarship. He attended New York University prior to entering service with the United States Army. He is a Vietnam combat veteran who earned eight decorations, including the Combat Infantry Badge and Army Commendation Medal, during his assignment to Southeast Asia.

Following his separation from the military, James embarked on a forty year career as a banking and financial professional, eventually retiring with the title of Vice President. He has been a member of Kiwanis International since 1969, served two terms as a club president and holds a Hixson Fellowship, one of the most prestigious awards available to a Kiwanian. He is a past commander of an American Legion post, a member of the Veterans of Foreign Wars and the Vietnam Veterans of America, and is currently the publicity chairman for the Daisy Mountain Veterans Day Parade, the largest in the state of Arizona. In addition, he has been a regular contributing writer for several Arizona-based magazines.

James Oliveri provides editing and proofreading services for authors from his home in Anthem, Arizona. He also administers a blog at Familyshadows.com. James and his wife, Maureen, have four children and eight grandchildren. For more information, contact him at Yeeditor@cox.net. 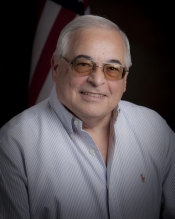