James N. Butcher was born in Bergoo, West Virginia in 1933. His father was killed in a coal mining accident when he was eight years old and his mother died when he was eleven. After their deaths, he, his sister, and two brothers independently raised themselves in rather difficult circumstances. At age seventeen he enlisted in the U. S. Army and served for three years; a year and a half with the 82nd Airborne and eleven months in Korea with Fox Company of the 17th Infantry Regiment of the 7th Division. During his tour of duty in Korea, he became a sergeant first class, served as a platoon sergeant and fought in the Battle of Jane Russell Hill (Triangle Ridge) in October 1952 and in the first Battle of Pork Chop Hill in April 1953.
After his discharge from military service he attended Guilford College in North Carolina and graduated with a BA in psychology in 1960; he received an MA degree in experimental psychology in 1962 and a Ph.D. in clinical psychology in 1964 from the University of North Carolina at Chapel Hill. He served as a professor of psychology and as Director of the Clinical Psychology Program in the Department of Psychology at the University of Minnesota. He was awarded an honorary doctorate (Doctor Honoris Causa) from the Free University of Brussels in1990 and received an honorary doctorate from the University of Florence in Italy in 2005 for his cross-cultural research. He is currently Professor Emeritus in the Department of Psychology at the University of Minnesota and has published fifty-eight books and more than two hundred fifty articles in personality assessment, abnormal psychology, and crisis-intervention.
He and his wife currently reside in Washington, D.C. 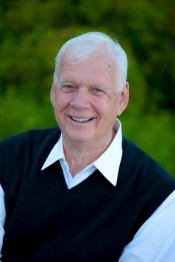