0
was successfully added to your cart.
Press enter to begin your search

Dr. C. Douglas Kroll is an associate professor of history at the College of the Desert in Palm Desert, California. He has been a full-time faculty since the fall of 2001.

Doug, and his wife Lana, make their home in Palm Desert and have two grown sons, Timothy, a U.S. Postal Inspector who lives in Anaheim, California and is a commissioned officer in the Coast Guard Reserve, and Matthew, a helicopter pilot currently assigned to Coast Guard Air Station Atlantic City, New Jersey. 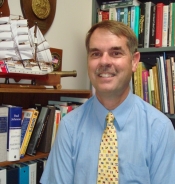