A Southern California native, Donald N. Burton grew up in a small town in eastern San Diego County where he graduated from high school in 1964. Don quickly enlisted in the U.S. Navy in April 1966 after receiving a Draft Notice from the Army. It was triggered by him not attending community college full-time. During his nearly four years in the Navy, he did three tours to Vietnam. His first West-Pac (Western Pacific) tour was on the USS Cogswell, (DD-651), a Fletcher-class destroyer. It briefly performed “plane guard” duty off Vietnam (Yankee Station) for the aircraft carrier USS Kittyhawk (CVA-63). While on patrol on March 2, 1967, the Cogswell, and the USS Canberra (CA-70), a Baltimore-class cruiser, came under fire from North Vietnamese shore batteries that resulted in a gun turret being blown off the side of the Canberra.

Before his second cruise, Don became a Naval Photographer’s Mate and was transferred to the USS Iwo Jima (LPH-2), an amphibious assault helicopter carrier. It hosted a squadron of Marine helicopters that ferried the ship’s nearly 2,000 Marines into battle. Because Don’s photography billet (assigned duty) was in the intelligence section, under the command of a Marine major, his duties included documenting the resident Marine Battalion’s activities shipboard and occasionally in-country with Marine units whenever aerial or on-ground reconnaissance documentary photographs were needed. During his last two Vietnam tours, Don also officially logged over 250 hours as a helicopter air crewman gunner, first briefly on a CH-34 and then on a CH-46 helicopter, manning a .50-caliber machine gun and officially photographing the war and events when possible. He attained the rank of Petty Officer Second Class during his enlistment.

Don was among the early Veterans to use the beneficial mental health services of the San Diego Vet Center and for many years visited other Vet centers across the country. Don and his wife, Valeri, live in Arizona. They are the proud parents of three grown children and two grandchildren. 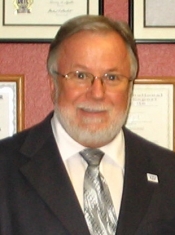