Robert McEvilla is a retired stationary engineer who lives in the backwoods of Michigan’s Upper Peninsula. His short stories have been published in the literary magazine, Down State Story, and his work has also appeared in CWW Publications of Carmel, California; Twin Rivers Press of Ellerton, Florida; and Toxic Evolution Press of Fairless Hills, Pennsylvania. His short story, “Horseradish,” received honorable mention in a Glimmer Train short fiction contest and was published in Story Teller Magazine. In addition, a short memoir appeared in The Good Old Days Magazine. He is the author of the detective mystery, A Laurel to Rest On. The Goats of Santo Domingo is his second novel. 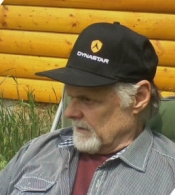