Richard Gilkey enlisted in the Army in July 1968 to avoid being drafted, and soon began training for Army aviation. His first assignment sent him to Germany, where he received several promotions and achieved the rank of E-4. He soon volunteered to go to Vietnam, where he served 15 months and 3 days. On his days off, he volunteered to fly combat missions as a door gunner with the 128th Assault Helicopter Company. On one of those missions he received wounds from an enemy grenade. Richard is the recipient of a Purple Heart, Air Medal, Army Commendation Medal, Good Conduct Medal, National Defense Service Medal, Vietnam Service Medal with 3 Bronze Stars, Vietnam Campaign Medal, Army Meritorious Unit Citation, Republic of Vietnam Gallantry Cross Unit Citation, and the Republic of Vietnam Civil Action Honor Medal.

He spent a total of 2 years, 6 months and 3 days in the Army, eventually attaining the rank of E-5 or Sp5. After coming home, Richard followed in his father’s footsteps and pursued a career in residential construction management. He enjoyed waterfowl and other types of hunting for many years, as well as family outings and camping trips. He now resides with his loving wife in an upscale retirement community in the Sacramento area, enjoying his retirement. 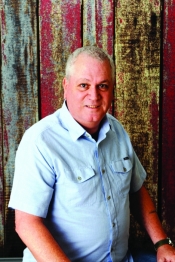