Kevin Emmet Foley was born in Indiana but has lived on the East and West Coasts, and in the Midwest and South. A graduate of the University of Connecticut, he studied journalism and history. Kevin began his career as a newspaper reporter before moving into public relations. He started his own firm in 1986, delaying his career as a novelist until he was well established in business. Kevin is attracted to obscure but important historical events around which he can develop compelling real life and fictional characters who take readers into the time and place. His first novel, Where Law Ends (Pronghorn Press, 2008), is a retelling of the Montana Vigilantes legend. He is completing a novel about Ireland during the opening days of World War II and researching a little known battle that changed the complexion of the Korean War for his next historical novel. Kevin lives in Kennesaw, Georgia and Bozeman, Montana. You can contact him at www.kevinemmetfoley.com. 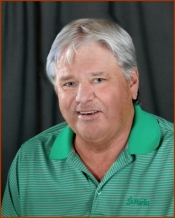