Douglas Branson is the W. Edward Sell Chair in Law at the University of Pittsburgh. Following military service, including a year in Vietnam, he attended Northwestern University, practicing law in Chicago, before receiving an advanced degree at the University of Virginia. He is the author of 14 books including “The Last Male Bastion” (2010) and “No Seat at the Table” (2007). He and his wife, Betsy, divide their time between Pittsburgh, Pennsylvania and Seattle, Washington.
http://www.tastesofnuocmam.com 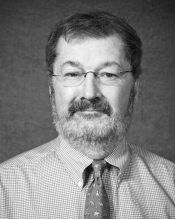