Dennis Powers was a full-time attorney specializing in business law before turning his concentration to writing nearly three decades ago. He is the author of fifteen published nonfiction books, among other publications, along with numerous fictional, poetry, magazine, and newspaper works. Dennis’s maritime series—The Raging Sea, Treasure Ship, Sentinel of the Seas, Taking the Sea, and Tales of the Seven Seas—placed him on national and regional book tours. See www.dennispowersbooks.com for all his works.

A graduate of the Harvard Business School, he is the Professor Emeritus of Business Law at Southern Oregon University in Ashland, Oregon, where he resides with his wife (Judy), one cat, and libraries of books.

He has written over 200 scripts for Jefferson Public Radio’s “As It Was” historical radio program, as well as over 200 historical treatises for his weekly radio program, “Past and Present,” on radio station KMED (1440-AM, 106.7-FM). Dennis authored the Images of America: Gold Hill book and assigned all of the royalties to the Gold Hill Historical Society. His ventures into the digital world include the CD (2013) entitled: “Past and Present: What You Might Not Know (But Want To) About Southern Oregon History”(see http://southernoregonpastandpresent.com). 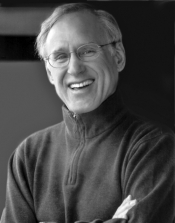