Raised in Detroit, Michigan, and Southern California, Dennis Billuni worked as a freelance literary editor before beginning work on his own book and after a thirty-year career with the U.S. Postal Service. While raising his three children, he coached Little League Baseball for ten years in Spring Valley, California. A Vietnam War-era veteran, he served in the U.S. Navy from 1968 to 1971 as a Communications Technician. He studied Comparative Literature, Spanish, and Creative Writing at San Diego State University and Grossmont College.

Nowadays, when he isn’t tending to or driving his classic Ford Mustang, he is playing with his grandchildren, enjoying Fantasy Baseball, and smelling the roses. He and his wife Terrie have been married since 1969 and now live in Northern California. Journey to Marseilles is his first novel. 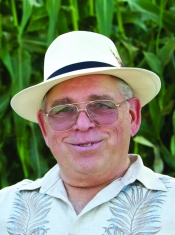